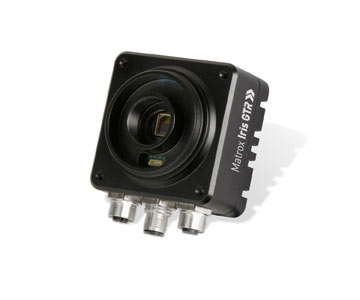 Military vehicles get the robotic touch

To camouflage an object is to hide it, conceal it so that it blends in with the surrounding environment. For the military, it’s a tactical necessity and can make the difference between a platoon’s success or failure, a soldier’s life or death. It’s no wonder that the military takes camouflage very seriously. Especially for vehicles. Over thirty years ago, the US military established policies and procedures for camouflaging military vehicles: all sizes and shapes of trucks and accompanying trailers, vans, tanks, forklifts, weapons systems, watercraft transporters, even fire trucks and water purification units.

The colors of a soldier’s uniform is chosen according to the theatre of deployment, and the same rule applies for a vehicle’s paint. The U. S. Marine Corps Depot Operations are responsible for the three R’s of military vehicles: repair, refurbish, rebuild. Because the depots operate as a large scale garage and not a mass manufacturer, the vehicles are refurbished according to the military’s current needs. For example, a jeep that was in service in a tropical region may get a paint job that is appropriate for desert operations. But the depots are under considerable pressure to reduce costs and increase productivity, and re-painting a vehicle’s camouflage patterns is a manual and therefore labor-intensive, time-consuming task. Matt Collins, Vice-President of Vision Systems International (VSI) (Ann Arbor, MI) describes the painting of camouflage patterns on vehicles as a ‘bottleneck operation’. “The patterns are complex and are outlined in chalk by hand before the paint is applied, also by hand.”.

Complex indeed! The camouflage palette contains several military-approved colors, three of which will be used on a vehicle according to its theatre of deployment. The base color is applied to the vehicle’s entire surface and is accented with two additional colors in the camouflage pattern. Each HMMWV (High Mobility Multipurpose Wheeled Vehicle, pronounced ‘humvee’) has its own camouflage painting pattern (CPP), and can be configured with any number of ‘accessories’, items that are added to the base vehicle and are not removed during the refurbishment process. “Those accessories become objects that we have to identify and locate,” explains Collins. The absence of exact standards for the patterns complicates matters even more. “There just aren’t any standards in electronic formats, such as CAD, so it makes for somewhat fluid, ill-defined pattern specifications. When automating a manual process, the lack of specificity creates a lot of interesting challenges,” notes Collins.

VSI’s goal was to develop a vision system that could control a robot to perform as much of the manual process as possible. That is, VSI wanted the robot to paint the camouflage pattern on the given vehicle. With machine vision technology, a smart camera, and of course a robot, Vision Solutions has brought the project to its final phase: deployment a new depot paint facility.

VisionHub is VSI’s proprietary platform that adds 3D capabilities to 2D imaging systems such as those provided by smart cameras. In VisionHub, the Matrox Iris P-300 smart camera takes on the role of ‘Eye’. VisionHub uses the image data to identify and determine location (coordinate) information of the various vehicle types and accessories and convert it into 3-D space. With the position data calibrated for the robot’s coordinate frame, VSI’s 3D algorithms determine the coordinates of the vehicle and its accessories. Then the robot gets to work and paints the vehicle with the required patterns, which are dependent on the vehicle’s size, shape, model-type and accessory mix.

The work cell is subjected to structured light illumination (SLI), a method of projecting light patterns on an object to generate a 3D image. VSI’s custom SLI algorithms analyze the way the striped light bars bend around the contours of the vehicle to generate the 3D image data. “We consider our structured light library superior to anything else available on the market,” says Collins. “So being able to load our algorithm was important to us. The Matrox Iris architecture allows us to load our algorithms directly onto the smart camera. Plus, we also get the advantage of parallel processing.”

“The military has an extensive fleet of vehicles,” says Collins. “So we had to design our system to account for a large number of vehicle model types, as well as a large number of variations within a model. That was a major challenge for us.” Collins also understood that for the military to take advantage of the system’s efficiency, rapid creation of 2D and 3D models was essential. “The vision and robot should share a common coordinate frame so that interpretation of data provided by the vision system is obvious and intuitive to the robot programmer. We managed to optimize the calibration step to make it easy, fast and automatic.” With the VisionHub and Matrox Iris smart camera, the calibration process takes only a few minutes, and can be performed without the use of external instrumentation such as theodolites (an optical metrology tool). Before VisionHub, the creation of the 2D and 3D vision models could take as long as several hours, but after system implementation the task can be performed in a matter of minutes. Collins says, “Creating 3D models that represent the vehicle and its components can be a very labor intensive task. This is especially true when the model(s) are created from multiple camera inputs. We have reduced this set up time considerably through use of intelligent algorithms to automate the set up process.”

Why integrate with Matrox Imaging?

VSI realized a number of its design goals by choosing the Matrox Iris smart camera platform. First, the company believes that their system provides 3D capability at a very competitive market price: “The Matrox smart cameras are an excellent value proposition,” says Collins. “They provide quality imaging capability, and the ability to add proprietary value-added algorithms in a very straight forward way. And we can have this at a price point much lower than other cameras that we typically work with.” Though Collins does not yet use the Matrox Imaging Library (MIL), he hopes to integrate MIL functionality in the future. “Access to this library at a reasonable price is one of the factors in selecting the camera. The correlation and geometric processing tools in particular are of interest and may come into play as system functionality is expanded,” he explains.

Compact components and network-based architecture is another key component in the system’s design. The components are connected only through power and Ethernet cables, reducing the chance of system failure due to connection points. “We also have the capability to provide ‘fail-safe’ configurations,” says Collins. “Which means that the system can continue to operate despite certain kinds of failures.” And even though the system features a compact equipment footprint and small number of cable connections, scalability isn’t limited. The network-centric architecture results in an upgrade path in which cost and performance scale much more linearly than with other architectures; this means that costs associated with adding new vehicles to the model mix is much more predictable.

At the time of printing, the current plan is to incorporate the vision system into one of the military depot’s proposed automated painting systems. VSI will also releasing the product for non-military applications.